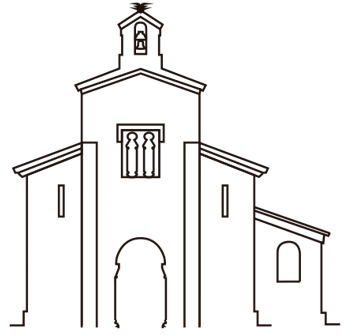 The Valdediós Monastery is located about thirty-eight kilometers from Oviedo, the capital of the Principality of Asturias, 32 kilometers from Gijón and nine and a half kilometers from Villaviciosa, in a setting surrounded by nature. In a valley populated by centuries-old oak and chestnut trees, time stands still and the sound of the river and the birds accompany us.

Alfonso III El Magno, thus known for taking the border of his Kingdom to the Duero river, ordered the construction of a palatine complex, around 875, of which only the church dedicated to the Savior, “El Conventín”, remains.. This complex would be the place of retirement of the Great King, once deposed from the throne by his three sons (García, Ordoño and Fruela) around the year 909. Although the temple of San Salvador has lasted to this day, the complex palatine has had worse luck, even its original location is unknown. “El Conventín”, a good example of Asturian pre-Romanesque architecture, has a characteristic basilica floor plan with three naves covered with a half-barrel vault, with three chapels facing east and a tribune at the foot, located on a tripartite vestibule, also vaulted. Its north side is completed by the so-called royal portico and the Bishops’ chapel, where the consecratory inscription is preserved, chiseled on white marble and in which it is stated that seven bishops came to this place for its consecration on 16 September 893. Inside both spaces there are magnificent fresco paintings that, together with those of San Julián de los Prados and San Miguel de Lillo, are one of the most important pictorial testimonies of the European High Middle Ages.

On 27 November 1200, the monarchs cede the estate of “Boiges” to the Cistercian monks to build an abbey there, and a year later the sovereigns grant the monastery, which at that time was already called “Vallis Dei” (Valley of God), the lands of Melgar (León), with all its dependencies and uses.

According to the founding inscription, chiseled on the tympanum of the northern doorway, also known as the “door of the dead”, the beginning of the works of the abbey church that took place on 18 May 1218 when Bishop of Oviedo Juan, abbot of the Juan IV monastery and under the direction of Gualterio, the only known master’s name in Asturias.

The late-Romanesque style temple dedicated to Saint Mary, has a Latin cross basilica plan with three naves covered with ribbed vaults at different heights, a slightly projecting transept, three semicircular apses preceded by a straight section facing East and three open semicircular doorways, westward. The austerity and purity of lines, typical of Cistercian constructions, is present in all its ornamental motifs. Once the work was completed and until the Gothic Cathedral of Oviedo was built, the church of Santa María la Real de Valdediós was the largest one built in Asturias up to that time. 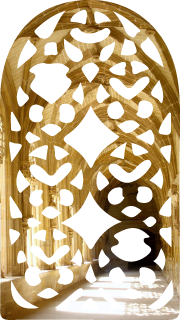 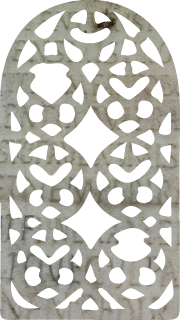 Thirteen years later, a fateful fire caused the loss of a large part of the archive documents. Later, a new fire affected the monastery in 1344.

Seven years later, after a great flood, the medieval complex was seriously damaged, only the monastic church resisted. A new Renaissance-style cloister was built from the middle of the 16th century and completed in 1777.

This monastery was occupied by the Cistercian order until the 19th century, although in recent times it was a Diocesan Seminary, Secondary School and Workshop School. In 1992, a Cistercian community restored monastic life and then, other religious orders, such as the Community of San Juan Apóstol and the Congregation of Carmelite Samaritans of the Heart of Jesus, occupied this place until 2020.

At the moment we are in a new stage of recovery different spaces, proposing a sustainable management that allows us to offer a professionalized cultural visit to the monumental complex of Valdediós, and the promotion of sacred music, as well as providing spaces for the development of cultural activities in collaboration with different entities. A project for the future for Valdediós, we are now working to offer accomodation in our hostel and guest house, thus promoting another of Valdediós’ vocations as a space for welcoming and caring for pilgrims.

Any cookies that may not be particularly necessary for the website to function and is used specifically to collect user personal data via analytics, ads, other embedded contents are termed as non-necessary cookies. It is mandatory to procure user consent prior to running these cookies on your website.